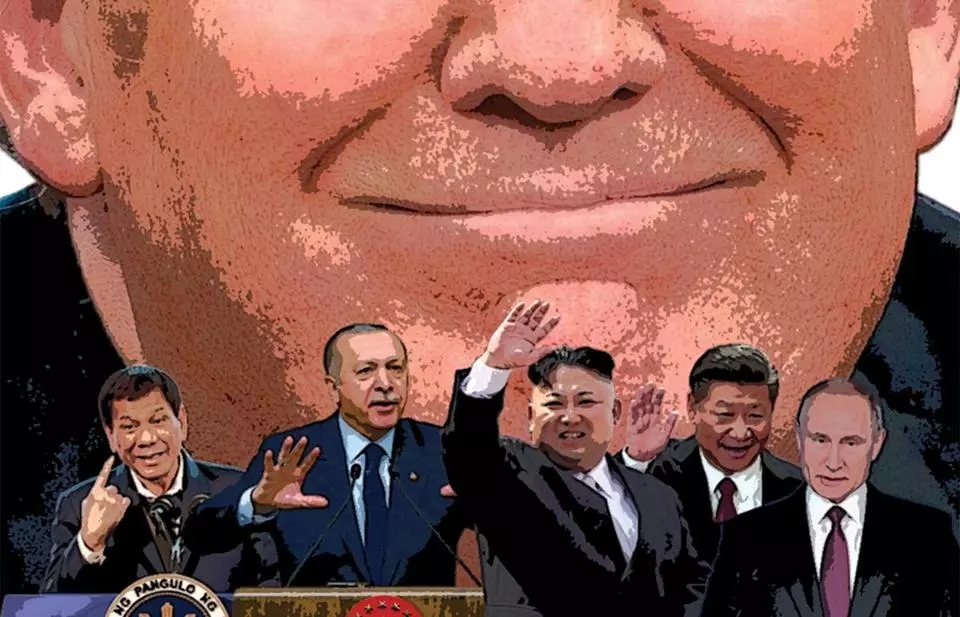 The newer America that elected Obama did not elect Trump.

You know who did?

The Totalitarian International. The Totalintern.

A unified force between all the fringed sides & angles of the political spectrum; left and right, up and down, diagonal, etc.

How could these men affect American politics?

The same way they do it in other countries.

Trump is broke and dumb.

Come on America. Wake up!

The Totalintern exploited the weaknesses of American society — appealing to an array of post-60s American personas; the cynical leftist, the lazy racist, the pretentious pseudo-intellectual, & the angry celebrity.

When I scroll through the infamous “comment section” of a news article with statements by apathetic leftists or jobless rightists regarding the topic of, lets say for example, “US Noninterventionism”.

I’ll see something like: “AMERICA KILLED HALF A MILLION IRAQIS.”

The Totalintern & their “patsies” have coopted indigenous struggles too, such as the liberation of Palestine.

It has been all talk for half a century.

I beseech you. America; wake up.

It means defending it.