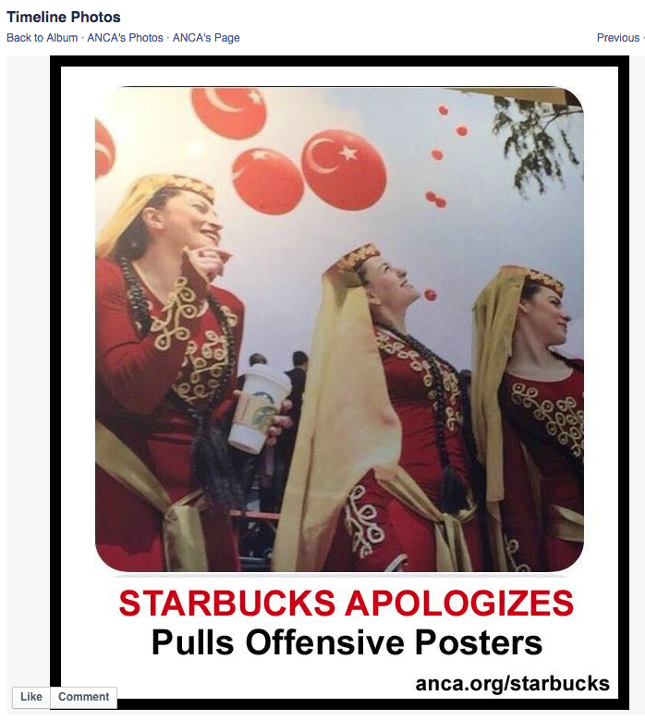 Ya apparently we can’t criticize Jews for their monopoly on victimhood but they can mock the Armenian Genocide without reprisal.

I have always suggested that various entities have benefitted off the suppression of historic crimes against humanity. There are many that remain either unknown or unsettled. The issue of racism and slavery in America is one of those issues. In my case, I would say that it is Islamophobic and prejudiced view of white privilege which has prioritized whites & Jews at the top of the conversation on social justice.

And we can’t even criticize Jews, Israel or anything remotely of Judaic persuasion without being ostracized as an extremist Holocaust-denier. Not only is this completely wrong, it creates a monopoly of victimhood and suppresses free speech. Furthermore it reaffirms the existing belief that White Americans have privileges in this country not enjoyed by other minorities.

In France it is illegal to deny the Holocaust. In Turkey, America’s NATO ally, it is illegal to MENTION the Armenian Genocide. How ironic. Look at the difference; in one country you are jailed for denial; in another; you are jailed for awareness. Both are US allies. The double-standard is clear. Who benefits? That is self-explanatory. And I am the anti-semite despite the lack of recognition of the genocide of MY people. And I am the anti-semite despite the ethnic cleansing of the Palestinians and the theft of their land?

It’s time to gather the courage to clear the air once and for all. I do believe the Jews suffered a holocaust. I do not believe that holocaust to justify the recreation of a religious state which might have existed 5,000 years prior to the more natural civilization of the Palestinians. Furthermore, I think that granting the Jews the amnesty they earned after the Holocaust raised their social status to one of privilege and amnesty, thereby making it difficult to criticize the policies of Israel and the influence of Jewish politics on international affairs.

This advertisement posted by Starbucks, for which they are now apologizing, forced me to write this article. I am disgusted by the world’s silence on the issue of the armenian genocide. When former Iranian President Mahmoud Ahmadinejad raised speculation about his remarks regarding the accuracy of the number of victims during the Holocaust, the world was outraged. But when The Young Turk Network’s Cenk Uygur shows reluctance in labeling the Armenian genocide as such due ‘context, details and apparently some uncertainties,’ there is no way of being ‘sure’ a genocide was committed. Yet again, a double standard.

I will say, as Amal Clooney represents the case for recognition of the Armenian Genocide as I write this article now, the monopoly of victimhood will end because it will prove its own ulterior motives. The Armenians will see justice.

I feel I know what I believe and I know what I want. I shouldn’t wait on the ignorant to reassure me. I am the director, I am the leader, the visionary as well as the artist. I will have my own company. I will write my own articles. I need no one who is ignorant and fake and insecure just because they are too proud to choose the right thing. Instead they rely on evil and theft for social security and sustenance.

Social conformists are so lame. They aren’t just lame, they are bundles of stress, anxiety and misery. How ironic. Sheesh.