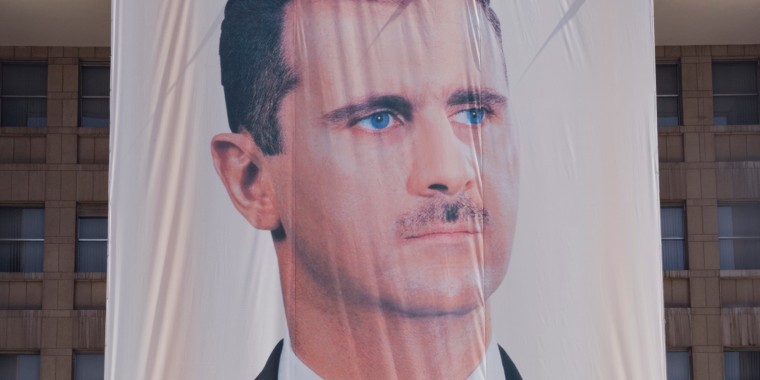 The question of whether or not the Arab Spring is a legitimate movement against corruption and tyranny requires addressing the following assumptions regarding the culture of the Middle East as well as the nature of democracy as a political philosophy; and the credibility of global power like the US, Europe, Russia & China in policing the world and/or crusading for democracy.

Obviously we cannot throw all uprisings in the Middle East into one category because each country is different culturally and circumstantially. The main scene of protest in the Middle East in what would be called the Arab Spring includes Egypt, Tunisia, Libya, Syria & Bahrain. It wasn’t much before the Arab Spring when the Lebanese people orchestrated a one-million man protest in Beirut which would eventually force the Syrian government to withdraw completely.

Some might argue the Arab spring inspired movements in Brazil, Venezuela, Cuba & Ukraine where extreme forces are already threatening to take grip — amidst uncertainty and the vulnerable state of a country during a transitional phase of government.

As I stated before each of these countries is different. The type of reforms necessary, the culture of the people, the grievances of the people. They are not all the same. What was common among all participants of the Arab Spring was a sense of discontent with the social, political and economic conditions of the Arab people. But what exactly is the cause of the misery of the Arab people? Is it the tyranny of their own governments, or the tyranny of global powers?

Take a look at Syria for example, where the government has been ruled by a close-knit group of Assad-sympathizers. 75% of the Syrian population is Sunni, which has remained largely unrepresented in the political and economic aspects of Syrian life. The Alawites, a minority religious sect of Shiite Islam, have been largely in control of the political process in Syria, operating from the stronghold of Damascus. Despite disparaties between the elite rich and the impoverished lower classes, largely Sunni, the majority of Syrians were content with their state of affairs. The irony is that it was the Alawites who were disenfranchised from Syrian society before the coup which ushered in the presidency of Hafez al-Assad in 1970. The Alawites were regarded as heretics and second class citizens. It was Assad’s rise to prominence which elevated their social status, seen by many Syrians as their way of avenging their history of oppression. The Correction Movement, initiated by the Assad government, aimed to socialize the Syrian economy and redistribute wealth more fairly so as to guarantee universal prosperity. The outcome? While major advancements were made on a national level in terms of infrastructure and self-sustenance, the economy was largely controlled by the Assad government. How was this different from the Sultan-esque elitist economic model that ruled Syria prior to Assad’s Corrective Movement? Similar efforts were attempted in the realm of Socialism in Egypt and Libya for example, by Gamal Abd Nasser & Muammar al-Gaddafi, respectively. All three of this historic figures were regarded as threats to global hegemonies and the tradition of capitalism which had been the foundation of the international political system for centuries. None of their socialist policies brought openness and prosperity to the economy except for those in power, essentially just fortifying the system of stagnation in place before. 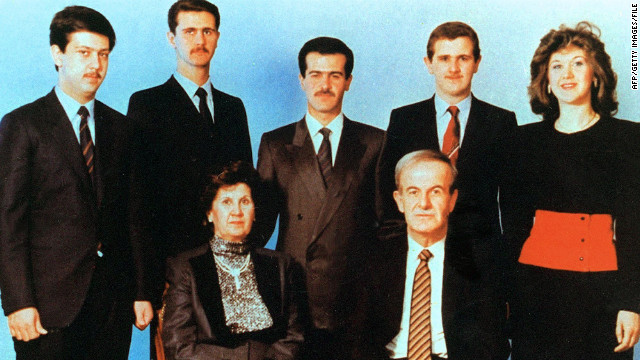 Assumption: democracy is the universal road to justice; democracy is compatible with Arab & Muslim society; democracy is a guaranteer of social equality; that the global police actually exhibit democracy.

Has there ever been a democracy? Is the US a real democracy? The French Revolution was hijacked too. Instead of ushering in what was supposed to be individual rights we went from tyranny of the pride to tyranny of the revenge. The American Revolution ushered in the first real modern attempt at democracy to ensure the rights of individuals socially, economically and politically. But how could the US be a democracy if it for 200 years deprived all African-Americans of basic, necessary human rights? Today immigrants, gays, muslims, arabs, atheists, jews and still African-Americans, are the subject of unequal treatment.

Even in the far east, in Russia for example, the public attempt to collective reform Russian society was another revolution hijacked by yet another pseudo-science: Communism. Communism merely strengthened the hold of elitism by placing control in the hands of a political party and cult of personality versus a family or royal name as had been before.

Thanks to movements by honorable leaders like Martin Luther King Jr. the US has made great strides towards a more democratic society; however the 21st century has revealed that 200 years of human rights abuses have consequences that are still to be seen. I am referring to the corruption of the justice and prison systems as well as police brutality and disparaging inequalities in income. The 21st century also ushered in the Arab Spring. In the case of Tunisia, I would say the movement succeeded. In the case of Egypt, Libya & Syria, it is not the same. Syria has become the battleground for the war against fundamentalism as well as a proxy war against Israeli expansionism. The rise of Islamic fundamentalism as well as failure on the international community to realize the human rights of the Arab World, most importantly Palestine, contributed to the hijacking of what was supposed to be an Arab Spring towards democracy.

But who is to blame? Assad of Syria? Sisi of Egypt? Gaddafi of Libya? The US? The West? Russia & China? Religious fanaticism? Israeli expansionism? Colonialism?

I am sure all of these forces contributed. But as stated before each country is different. In Syria, the people are not as upset with their government as they are with the international community’s silence of the crimes of colonial entities such as Israel. Perhaps this is why Assad has yet to dissolve his government; perhaps his claim that the Syrian people remain united has some validity. It is true, that neither Syria, Libya nor Egypt have progressed towards democracy economically, politically or socially…but to place the blame entirely on Arab leaders is misguided. Furthermore, it is a way of stereotyping…typecasting all Arab national grievances as similar in motive. The West was keen on insisting that Assad leave early on in the conflict. The tone has changed.

Perhaps the Arab Spring did not die. Perhaps the Arab Spring is still alive; but, despite what the media might suggest; that the revolution has in fact another target — not our own Arab leaders — but the dismantling of the expansionist, colonialist apartheid regime of Israel, which has occupied Palestine and destabilized the Middle East for a half-century now, spurring the rise of terrorism and instability in the region.

As pro-Western Arab allies like the King of Jordan and the new Saudi King Salman scurry to improve their reputations; other Arab nations are more keen are continuing the initiative that was begun by the earliest of Arab independence movements that unfolded in the mid-twentieth century against the colonial powers of France and the UK.

Democracy is certainly the end goal of all nations. But the irony which surrounded America’s non democratic history forces us to realize the possibility (and likely reality) that the Arabs are victims of non-democratic tyranny, largely supported and facilitated by Western governments, in the interests of none other than the apartheid regime of Israel, the supposed only ‘democracy in the Middle East’. How can an apartheid government, a theocracy, serve as a role model for democracy? How can a country which tortures men women and children, razes homes, propagates religious extremism and exclusivity, encourages conformity, suppress individuality and human rights, be considered a beacon of democracy?

The real Arab Spring is a continuation of the more genuine revolutionary initiative of the earlier Arab independence movements of the twentieth century. We cannot allow our dignity and revolutionary spirit to be easily hijacked by extremists and elitists. Let us remember who the occupying and oppressive power really is, and the techniques of mainstream media outlets in distorting reality and history.

The miserable conditions of Arab States cannot be addressed or solved until the cause is exposed and removed. Let us not compromise our dignity, loyalty, community and humility for the sake of the instant gratification of temporary and illusory solutions.

No noise from Syria lately. Israel’s been quiet, as far as I know, other than settlement expansion and behind the scenes scheming. I guess the latter could be said of any country really. Israel is most certainly scheming though, figuring out what move it should make next in order for ‘Greater Israel’ to remain within sight. This is something I’ve known but, upon reading Asad: the Struggle for the Middle East, by Patrick Seale, has been reaffirmed. As for Egypt, it is still a mess. I don’t think that the current government will last without resorting to the same type of repressiveness of previous regimes. I say this because the ‘Muslim Brotherhood’ is likely to attempt – as it already is doing – to spread islamism and other elements of their ideology throughout the country and eventually to reshape the country’s entire socio-political structure.

This would dramatically alter Egypt as we know it and would also inspire similar fanatical movements across the Middle East, from North Africa all the up the Levant. Signs of this phenomenon are already starting to show.

Will Obama fail the Arabs as President Carter once did, or will he manage to muster up the courage and power to stand up to corporate elitism and global imperialism (guised by religion, christianity and zionism)?

Is this just a matter of time?

I believe in President Obama still, that he will stand for American principles of liberalism, freedom, self-determination, and human rights. I know deep down inside that Obama knows what Israel is doing and has done. He is calculating. The Obama Administration is calculating, and the Israelis look a little worried.

Have faith in God.

Do not let the doubts of others creep into your mind.

Trust in your heart.

a truth unspoken is a truth stolen.

Instead of criticizing President Obama for all his shortcomings — or ‘alleged’ shortcomings I should say — people should be a little more grateful and focus on his accomplishments, his agenda, and his genuine sentiments.

I think so far, the President has successfully acted upon his convictions. His accomplishments in the avenues of healthcare, immigration, and foreign affairs are quite impressive, given the mess he inherited from his predecessor.

As long as people remember why President Obama came to office and how he won, and as long as people learn to understand that the will of the goodness is the will of God, than we the people will see greatness unfold before us. We cannot lose faith in our beliefs, and we must trust in the man whom we envision as the representative of our moral ideals for this country and the greater world.

“If a law is unjust, a man is not only right to disobey it, he is obligated to do so.”